Skip to main content
Save Big on Sweet Treats and More! > 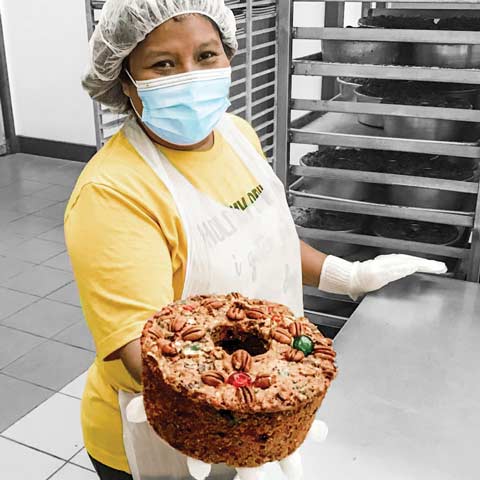 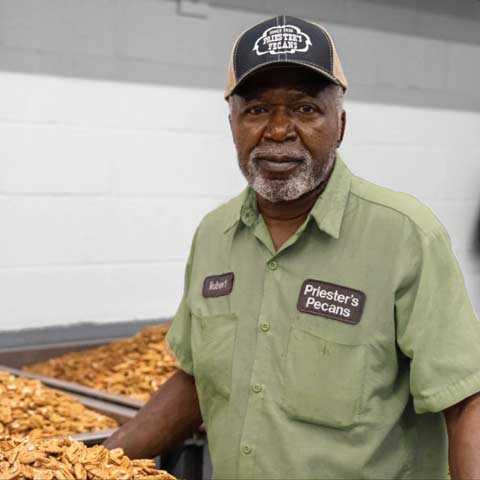 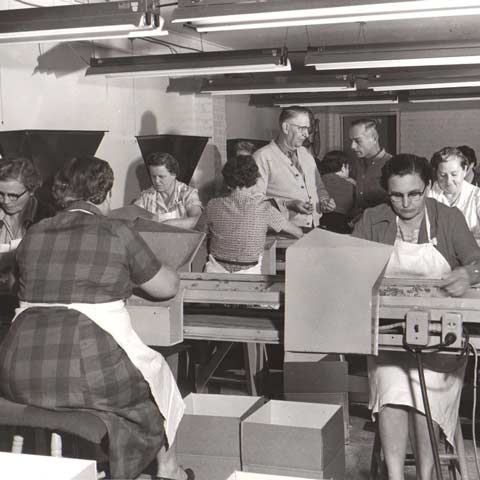 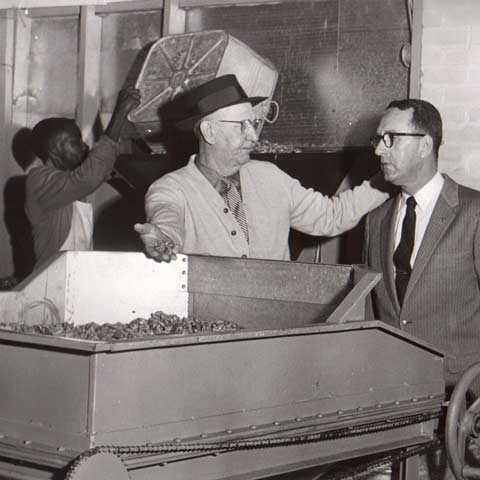 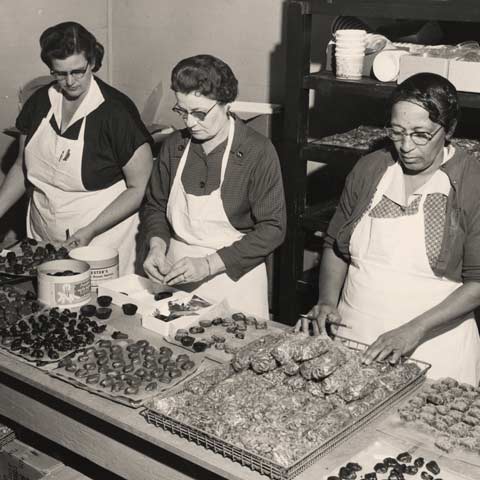 Let us tell you a little story about a handshake partnership and the beginning of Alabama's largest gourmet handmade candy company.

Fort Deposit, Alabama, is located 35 miles south of Montgomery. The little town of 1,200 sprouted during the Revolutionary War around a military ammunition depository. And around the little town sprouted pecan trees. Lots of them.

By 1935 there was a healthy trade passing through, with automobiles buzzing back and forth on the main highway between Mobile and Montgomery. Mr. Lee C. Priester owned and operated a Texaco station that serviced these travelers. But his customers wanted more than gasoline. Mr. Priester, or L.C. as he was always called, decided to offer refreshments and a little taste of the South.

L.C. hired a local man named Caesar to help him gather pecans. Caesar knocked the ripened nuts down from the trees with a long stick and gathered them in sacks to bring to the porch of L.C.'s home. There the pecans in shells were bagged for sale next door at the service station.

No one is exactly sure when "Special Order Number One" was placed, but a salesman who stopped to buy gasoline asked L.C. for a special favor. He wanted the pecans cracked and shelled to be picked up on his return from a business trip. L.C., being a good businessman, promised it would be done. L.C. arranged for local ladies to work for him on a contract basis, cracking and shelling pecans.

One thing has never changed. L.C. always said "Exceptional pecans and customer service is the heart of our business." It was true then, and it's true today!

The pecan business grew with help from Mrs. Priester and the local ladies. Soon the back porch could no longer handle the volume and a larger facility was purchased.

With increasing sales, L.C. realized the need for a financial partner. He approached his long-time friend and business associate, Hense Reynolds Ellis. Hense owned the oil distributorship that supplied L.C.'s service station and a saw mill. He had served as both Mayor of Fort Deposit and as a board member at the local bank. And yes, he would be delighted to join his friend L.C. With a simple handshake and an initial loan of $200, Hense became the silent partner in Priester Pecan Company.

Hense and his wife, Ellen Hagood Ellis, eventually brought their two sons, Ned and John, along with their wives May and Rose, into the business. Hense continued his involvement in the business until his death in 1965. L.C. also stayed active in making Priester's a success until illness forced his retirement. The Ellis Clan brought a critical increase in manpower, especially during the Christmas season rush. Later Ned Ellis took over the management of Priester's. While his brother John left to become a banker and businessman, Ned eventually bought the entire company.

Ned, like his father Hense, has been successfully involved in quite a number of businesses over the years. A graduate of Auburn University, Ned went on to become a distinguished military veteran, a bank organizer, civic and religious leader, cattle rancher, dairy farmer, and poultry producer on his 3,000 acre Circle E Farms. He has also served as a board member and office holder for various national beef and pecan organizations.

Following in his father and grandfather's footsteps, Ned's son Thomas began working at Priester's as a kid. What began as small tasks like packaging boxes and sweeping floors grew into management responsibilities in 1985, and eventually into co-ownership in 2002. In 2018 Thomas became the sole owner of Priester's Pecans.

Thomas and his wife Melissa have three sons - Tyler, Stinson and Taber - who grew up, like their father, working in the family business. In fact, two sons, Tyler and Stinson now work full-time at Priester's in operations and production. Additionally, two daughters-in-law work for the business - Sarah works in web and catalog marketing and Grace in social media marketing.

The Ellis grandchildren, Hays, Luke and Henry (Tyler and Sarah); Rivers and Harrison (Stinson and Alison); Anna Grace and Hazel (Taber and Grace), can be found playing around the Priester's Pecans Shelling Plant on any given day. Perhaps they'll follow in the footsteps of four generations of Ellis' before them and keep the family tradition alive. Only time will tell...

Until then, you can guarantee Thomas and his family will work hard to provide you the very finest quality pecan products the South has to offer.

your next online order
when you join our email list